Did anybody ever make fun of you for liking something? A lot of my friends didn’t like Lisa Frank and I often got made fun for my obsession. But you know what they say

Any fads you grew up with that gives you feels?

Name/Age/Loc: Kori / 27 / New York
Likes: Obsessing over Buffy, ranting, spicy miso ramen, anime, reading, photography, writing, horror flms, spotify, and traveling.
Dislikes: misogyny, racists, homophobes, bad drivers, unfinished fan fiction, hard rice, and crowded conventions.
Why a blog?: I need a place thats not facebook to rant. Also, I want to connect with people from all over the world. Read my About Me for more info!

Not so much. But sometimes. 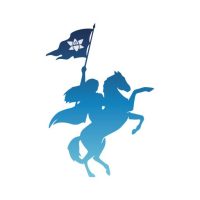 Filled With Sarcasm and Anxiety.

vulnerable thoughts on mental health, society, and life at large

Read my thoughts and make me feel valid.

Understanding ourselves and the world we live in.

Dark Art and Odd Matter: The toonz of stash and friends